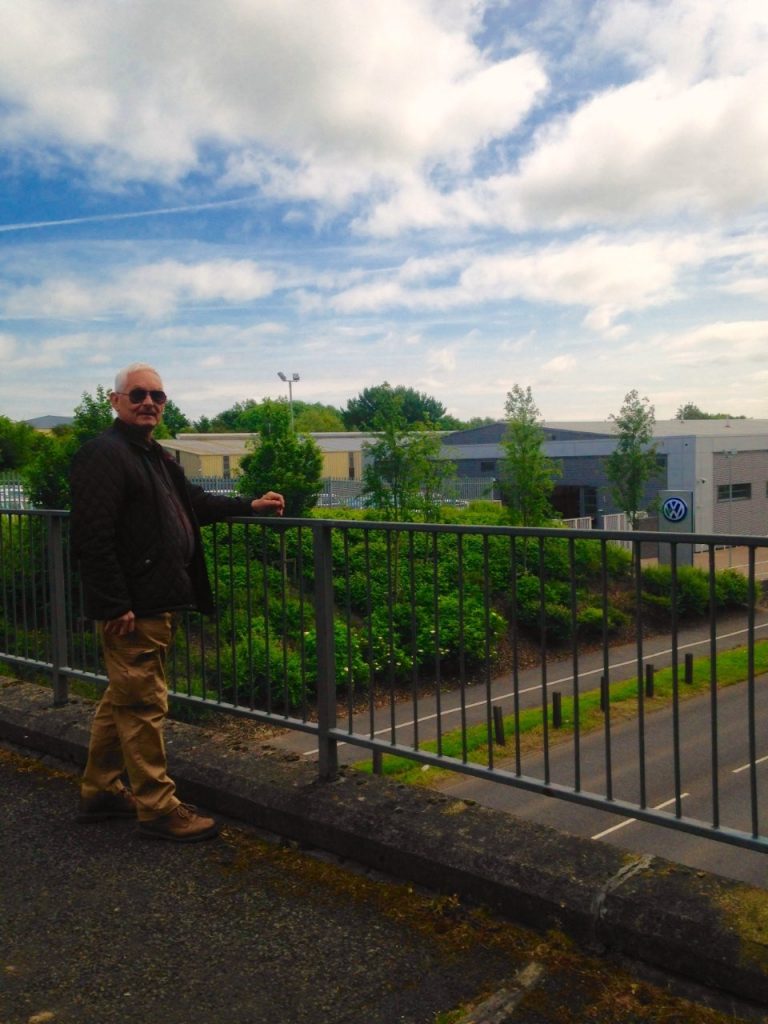 Dark Lane Colliery was owned by The Lilleshall Company. It was known as the Cage Pit or Flies Pit.  At 5.40am on the 29 December 1862 the second cage of No 1 shaft was loaded with nine men and three boys.

The cage started its descent to the pit bottom some 900ft down. When the cage separated from the winding rope it sent all men and boys to their deaths. This incident was the largest loss of life in Shropshire mining history.

“….. shortly before six o’clock, the men employed at the pit went to work as usual, and a number of them having entered the cage, they were lowered below in perfect safety. The cage was then raised to the surface, and the nine men and three boys immediately stepped in. The “heave up” having been given, the cage commenced its downward course. Scarcely, however, as it disappeared from sight all the men left upon the bank were alarmed by hearing a sudden snap, and the noise of the cage descending the shaft with lightening-like rapidity.

The rope swayed in the air and twisted like a serpent, from the sudden snap and in a moment it flashed upon their minds that something had given way, and that their companions had fallen to the bottom. Terror for a moment kept them spell- bound, but the awful truth bursting upon them, an alarm was immediately given. The news of the catastrophe spread like wild-fire, and, although so early in the morning, a crowd of anxious persons immediately assembled on the bank…..

….. Horror was depicted on every countenance around, and the ruddy glare of the fire failed even to give a tinge of colour to bloodless faces grazing upon each other in mute despair. Numbers, as they looked down the yawning abyss of the pit’s mouth, endeavoured to pierce the darkness with longing eyes, striving to catch one glimpse of those loved ones left behind…..” (The British Library Board, The Wellington Journal, January 17, 1863)

The inquest was held at the Caledonian Hotel, Oakengates. Here are some of the findings of the inquest, the fatalities and some facts about the men and boys riding in the shaft.

The cause of the incident was the failure of the pin in the coupling box between the cage bridle chains and winding rope. It is possible that this was caused by metal fatigue or continual overload.

According to colliery rules only eight men were to be loaded onto the shaft cage but these rules were lax as, in this case, twelve men and boys were loaded.

The tragic accident left eight women widowed and three children orphaned. The men on that day were:- 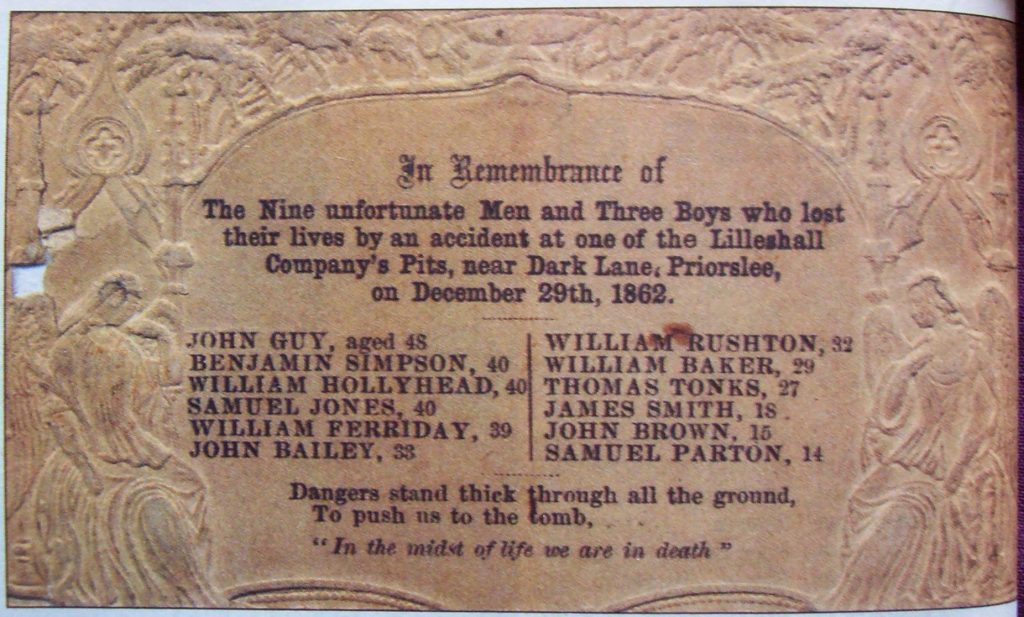 One boy, Enos Pearce stated at the inquiry that he was pushed off the cage because it was full. One lucky lad! (Shropshire Archives ref ESJ 1863).

Just an addition from my own experience at the Granville Pit: the No 2 manriding shaft had two double decked cages to carry eighteen men per deck. Even in my day twenty to twenty-two men would be loaded per deck and then transported in the shaft at about 28ft per second. Manriding, coal and materials were wound up the shaft at a premium time, but coal and materials would be wound up much faster.

Another smaller incident worth a mention about Dark Lane Colliery.

In 1884, candles were used in the ironstone workings and there was an ignition of methane (fire damp) killing two workmen. A young boy, Howard Williams, age 12, stated, “the explosion blew out all the candles and survivors made their way to a 180ft chain ladder up to the workings of Stafford Colliery thus warning the miners of Stafford Colliery and escaping”.

The Lawn, Stafford and Dark Lane Collieries were linked underground to aid the pumping of water into three pools: the Razz, Oily and Hanges. The pools have now merged and it is now known locally as The Flash. Its main purpose nowadays is to help wildlife to flourish and to provide a place for the communities of Priorslee, St Georges and Telford to enjoy their leisure time.

The location of Stafford Colliery is behind The Lion public house, Shifnal Road, Priorslee.

Dark Lane Colliery is now built over by the Volkswagon dealership, Stafford Park.

The pit had over 4600ft of airways ventilated by steam jet and furnace. The pit ceased production around 1900 but pumping was maintained until 1911 to keep water levels down in neighbouring pits.

At one time there was a plaque displayed on the walls of Dark Lane Chapel commemorating the loss of life to the surrounding communities. It is not known where the plaque is displayed today.

Although the incident at Dark Lane Colliery 1862 had the biggest loss of miners in the county, there is no memorial to it.