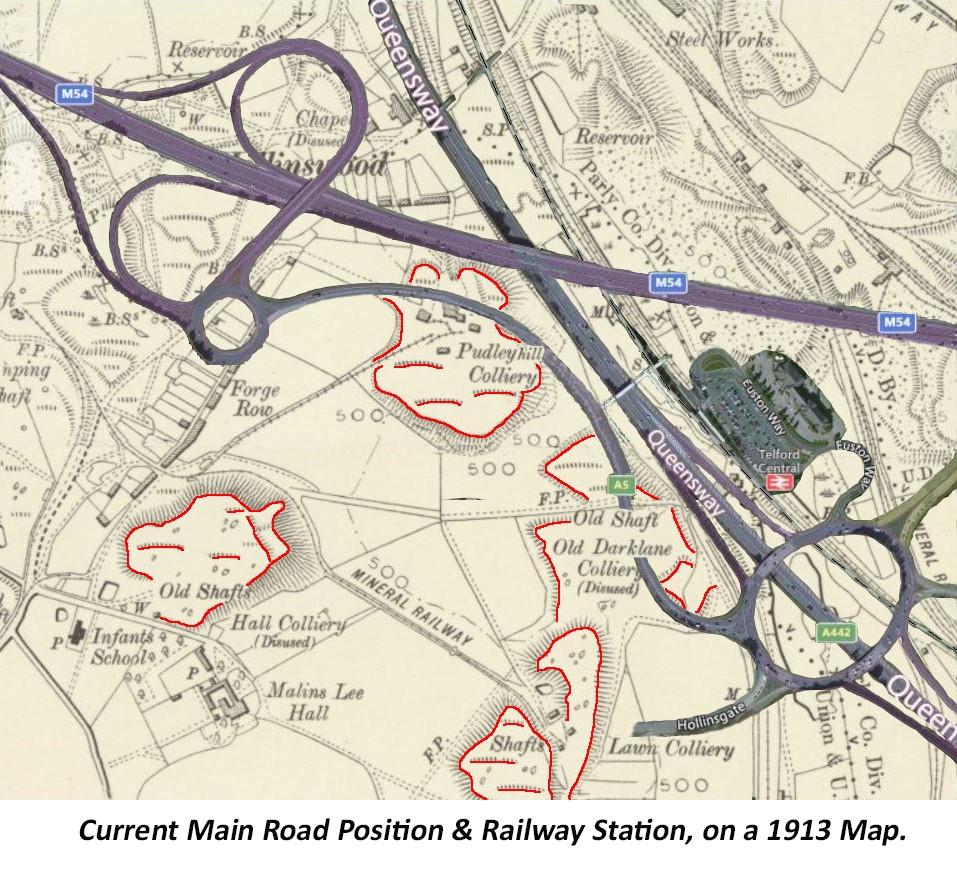 Up until 1890, the pit was part of the Malinslee and Stirchley Estate and    controlled by a succession of companies. At this time, as the pits on the Malinslee and Stirchley Estate were closing down, the Lilleshall Company and the Haybridge Company, who was at that time operating Pudley Hill, reached an agreement for joint pumping at the mine, under the name of “Shropshire Mines Drainage Company”. The two companies had previously worked together at the Wombridge pumping engine which was stopped in about 1884 and the engine from here moved to Pudley Hill. This engine was later replaced with a “Cornish Condensing Beam Pumping Engine” in 1890.

As well as being used for the drainage of the two companies’ pits, the water pumped out was also used at the Old Park and Priorslee Works.

The pit was connected to the “Day Level Sough”, (see heritage site “The Albion Pit and Day Level Sough”), and much of the water raised by pumping was only lifted to this level.

Pumping had finished by 1914. The Old Park Works ceased using the water before 1900 and Priorslee Works took its water from the Priorslee Lawn Pit in later years.

For most of the early 20th century, the engine house was in a very ruinous condition and it was removed by blasting in 1971 as part of a Telford reclamation scheme. The colliery site is now part of the car park for the Park Inn.