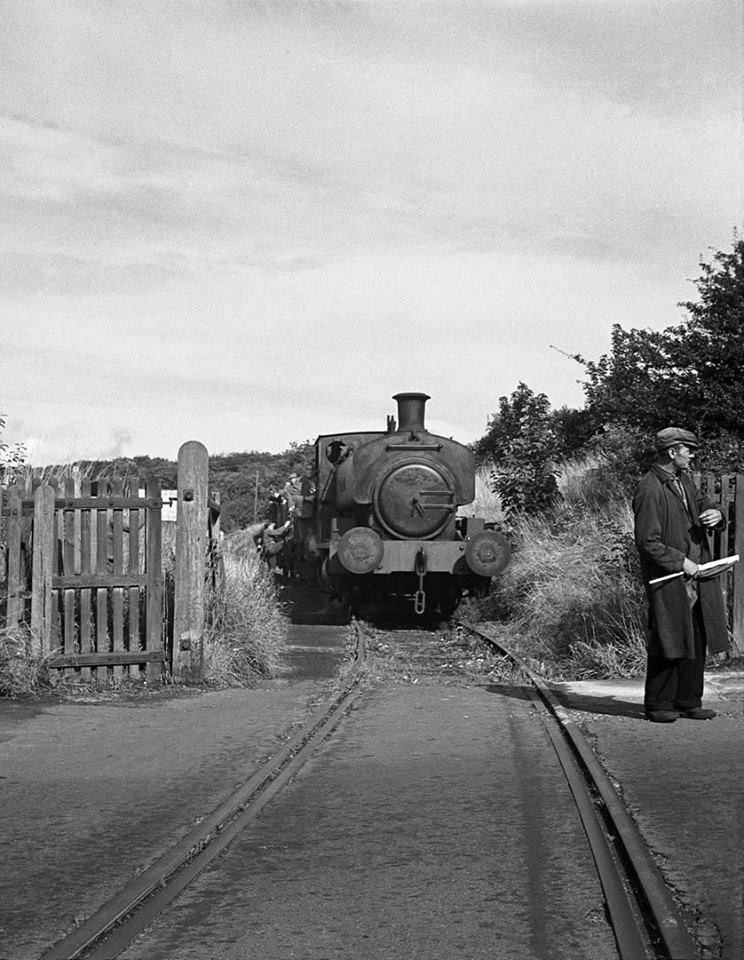 The Lilleshall Company had a wide variety of mineral production sites spread across the surrounding countryside. Most of these were linked through the local canal network. The network involved the movement of large and heavy quantities of mined and produced materials. When the canal system became less efficient It became apparent for the need of an industrial railway line to link The Lilleshall Company mining and production sites.

The internal Lilleshall Company Mineral Line was started around 1851. It covered 26 miles of track and passed through public roads and pathways. 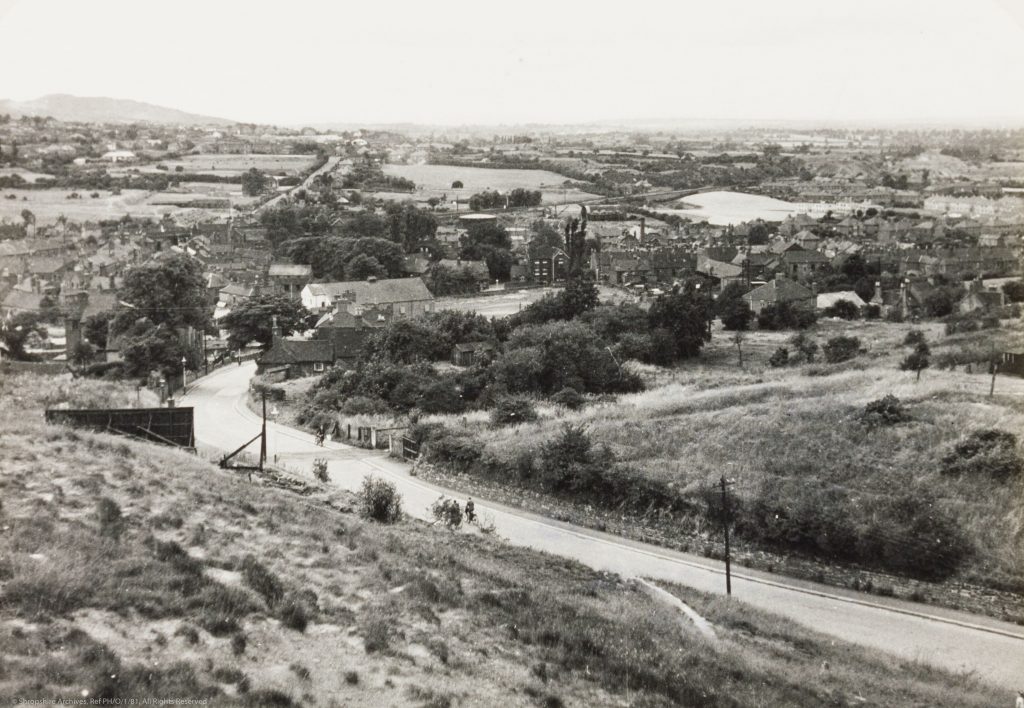 “…. Joseph Smith, employed at Castle Car Works Hadley, near Wellington, was cycling down the steep hill at Oakengates to work when he met with a shocking death. At the middle of the hill where the colliery line crosses the road, and a train was passing at the time. Smith, failed to stop himself and dashed into one of the trucks, sustaining dreadful injuries, from which he died 2 hours later” (Dundee Evening Telegraph Friday 20th September 2012) 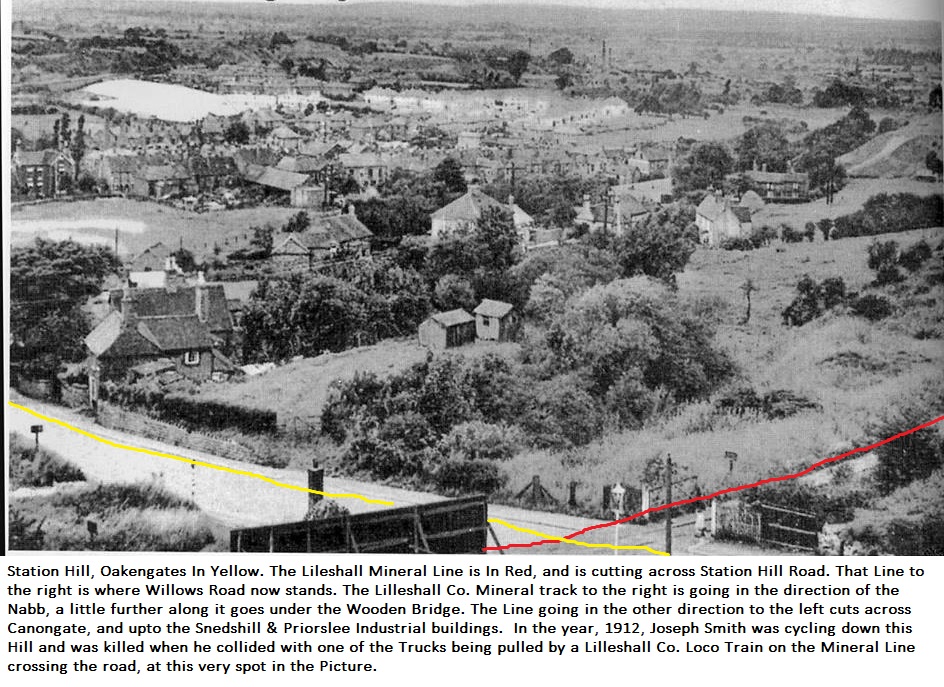 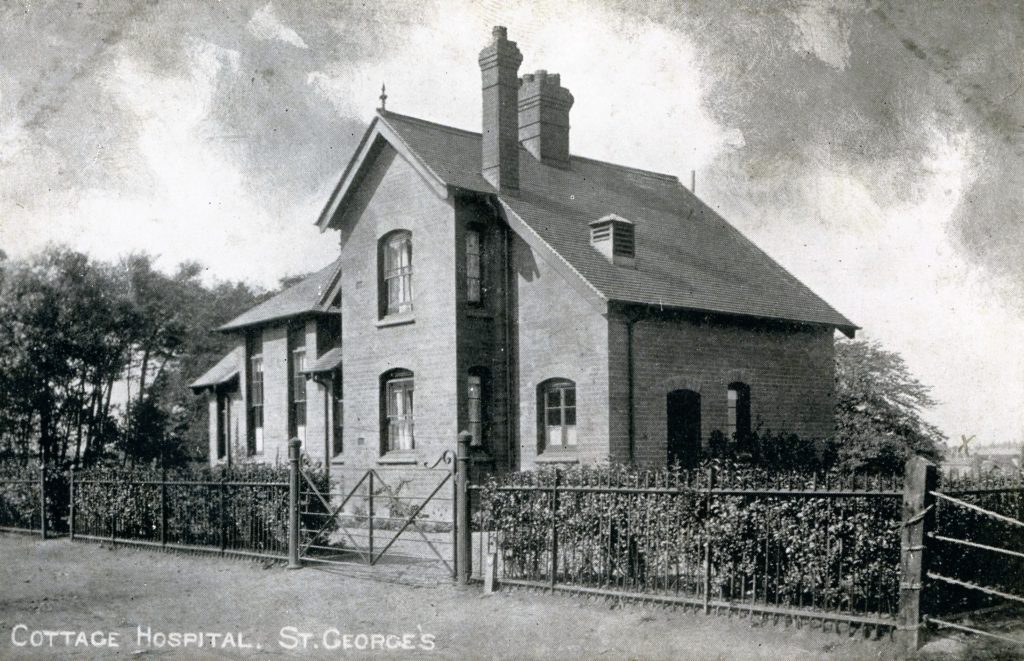 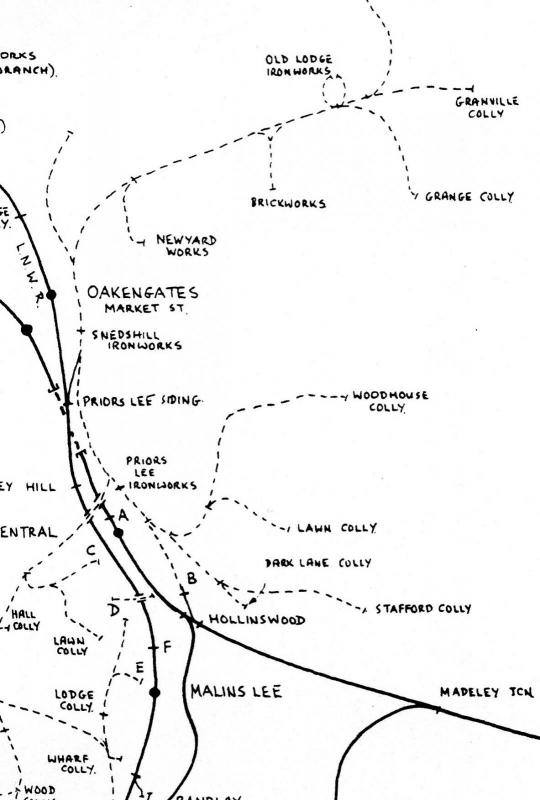 The Mineral Line ran to the following Lilleshall Companies :- 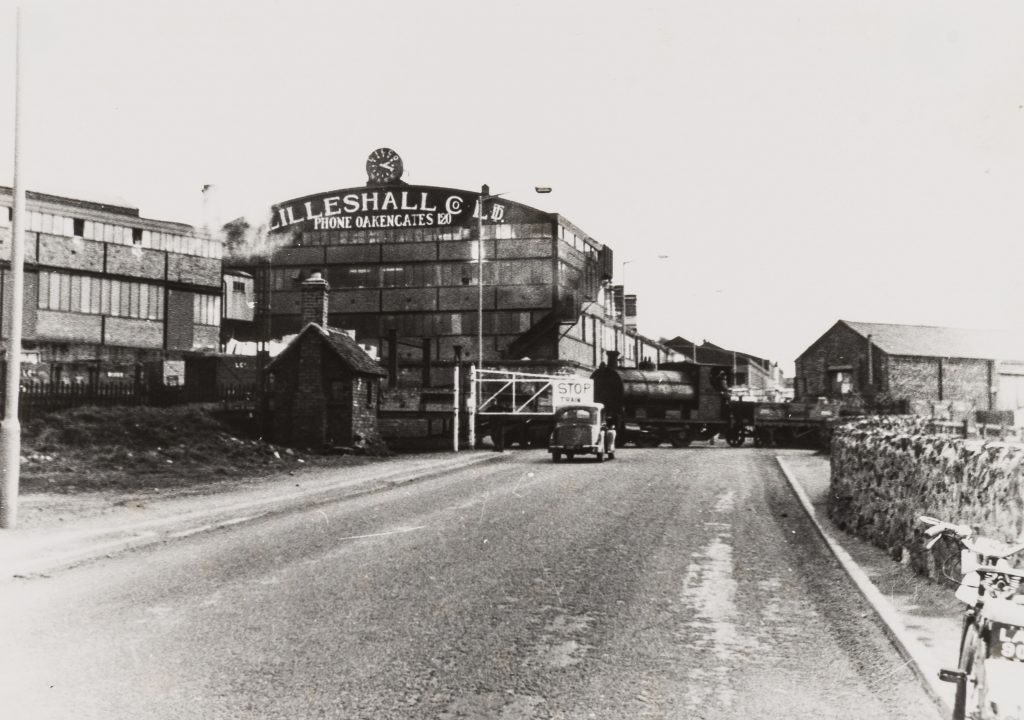 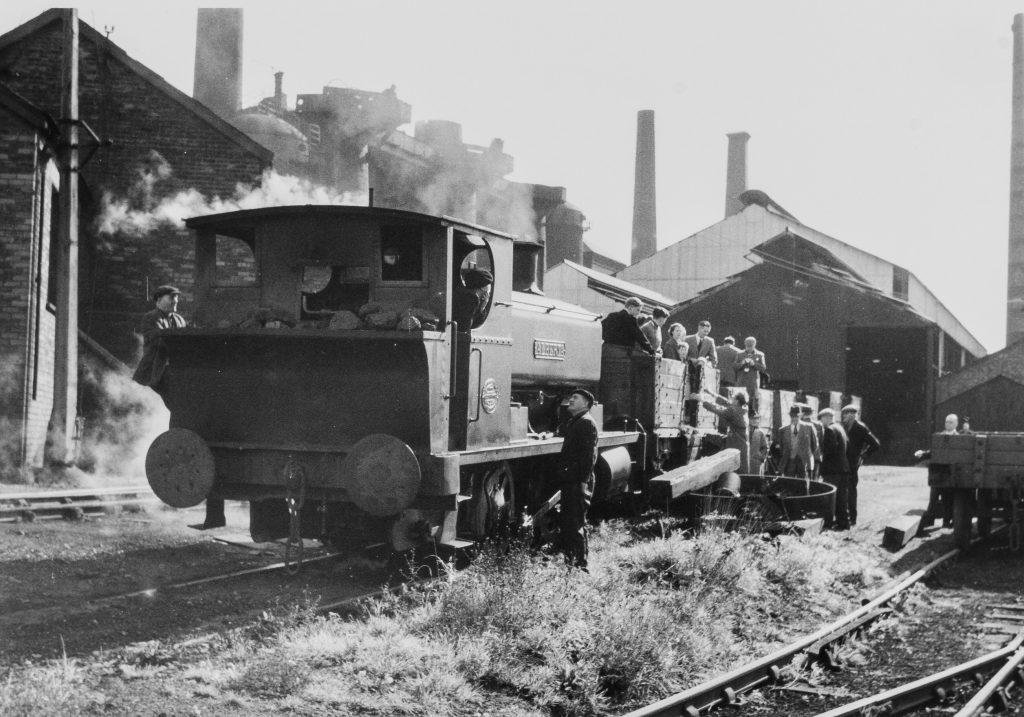 The Mineral Line also had a track laid to Maddocks Company LTD one of the few, large, non Lilleshall Companies in the area. 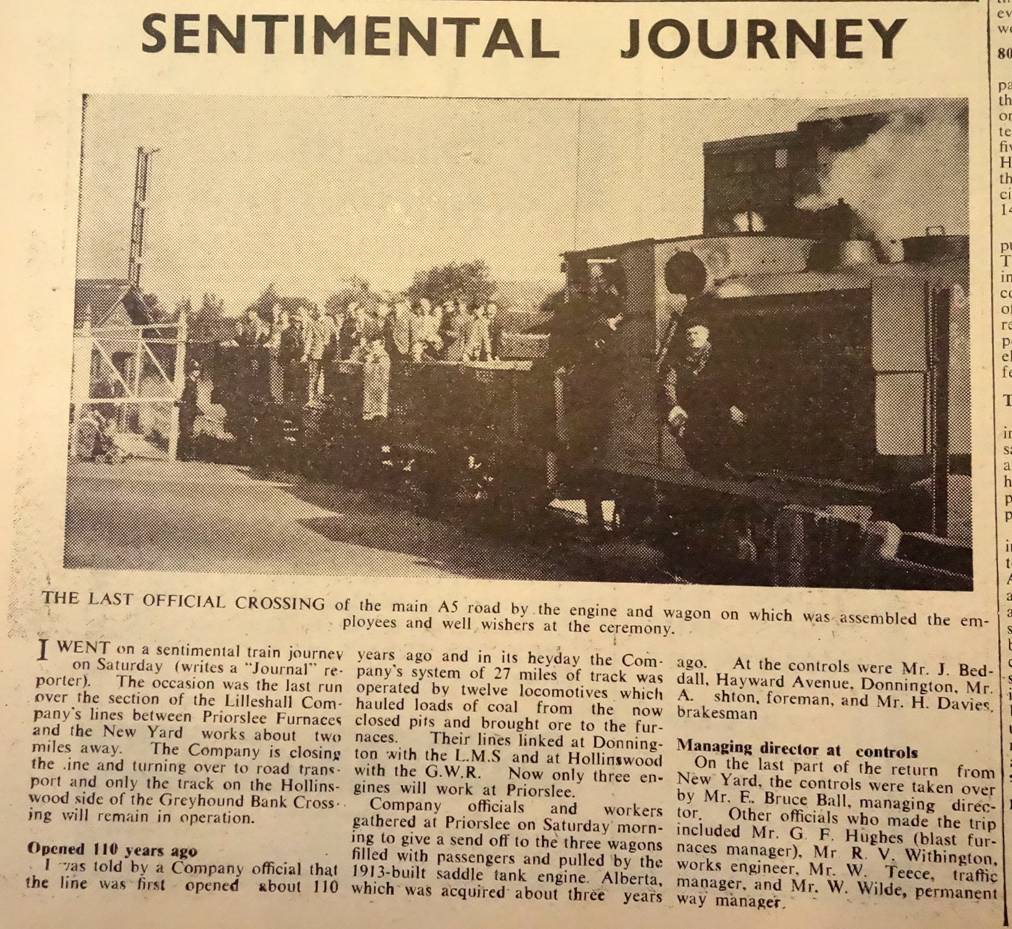 The Lilleshall Company Mineral Line closed in 1959, after deciding to use road transport in the future. There was a ‘Final Run Day’ to which Lilleshall Company employees and local residents could have a ride in the locomotive trucks along the line between Priorslee Furnaces and the New Yard Engineering Works.

The Mineral Line on the Hollinswood side of the Greyhound Bank crossing remained open for sometime. The section of the line that ran to the Granville Colliery passed into the hands of the National Coal Board Company and was still running until the 1970’s. 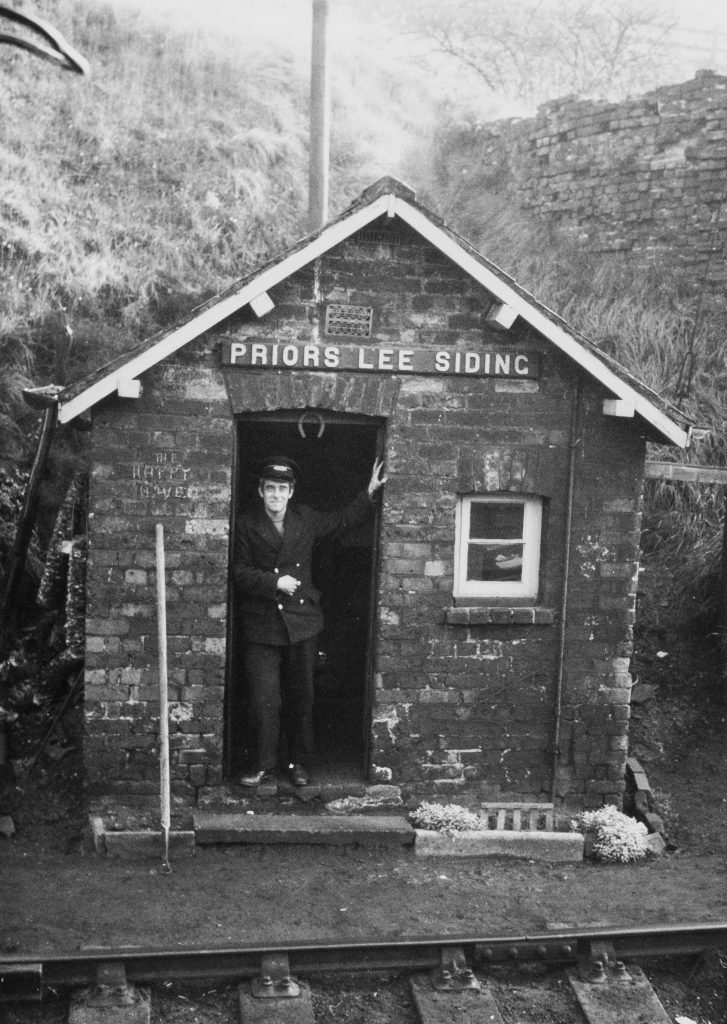 In Priorslee Village a section of The Mineral Line that would have gone to the Lawn Colliery was embedded into the new road surface as a ‘feature’ by the road builders. Some of the the line can be seen as a footpath between the houses today.

If at all you feel copyright is infringed in any way, shape or form please let us know. We apologise in advance if this is the case and we will amend our write ups and/ or accredit you if permitted. Many thanks!