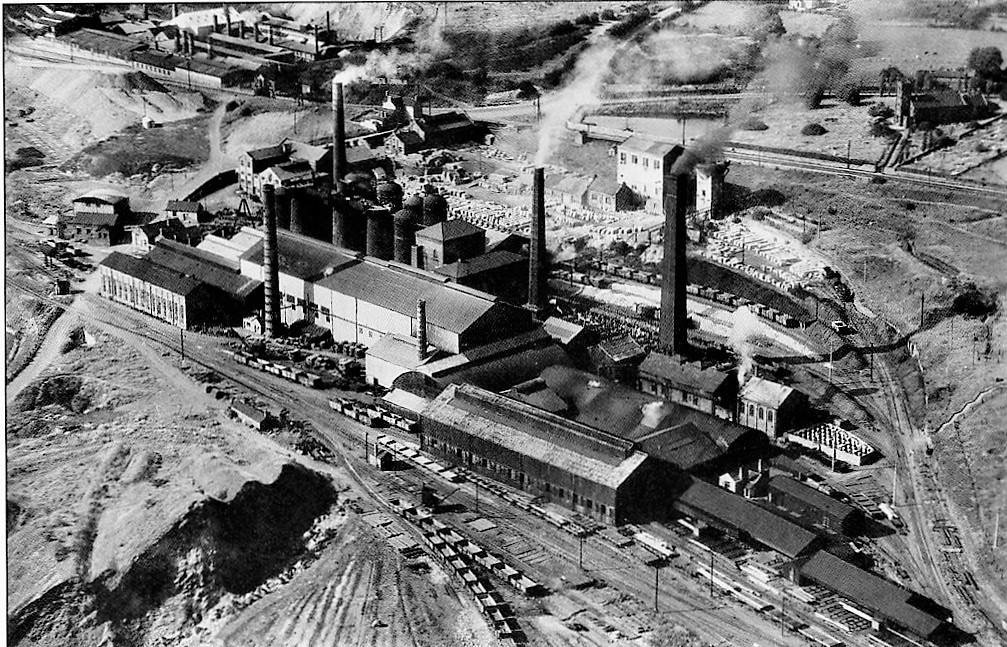 In 1851, a large new works at Priorslee, or Mumpton Hill as it was previously known, was erected by the Lilleshall Company. It had four blast furnaces that began to smelt iron ore, doubling the company’s pig iron production. By 1882, the furnaces were converted to make a new kind of steel called mild steel. They continued to make this until 1959 when it became uneconomical. 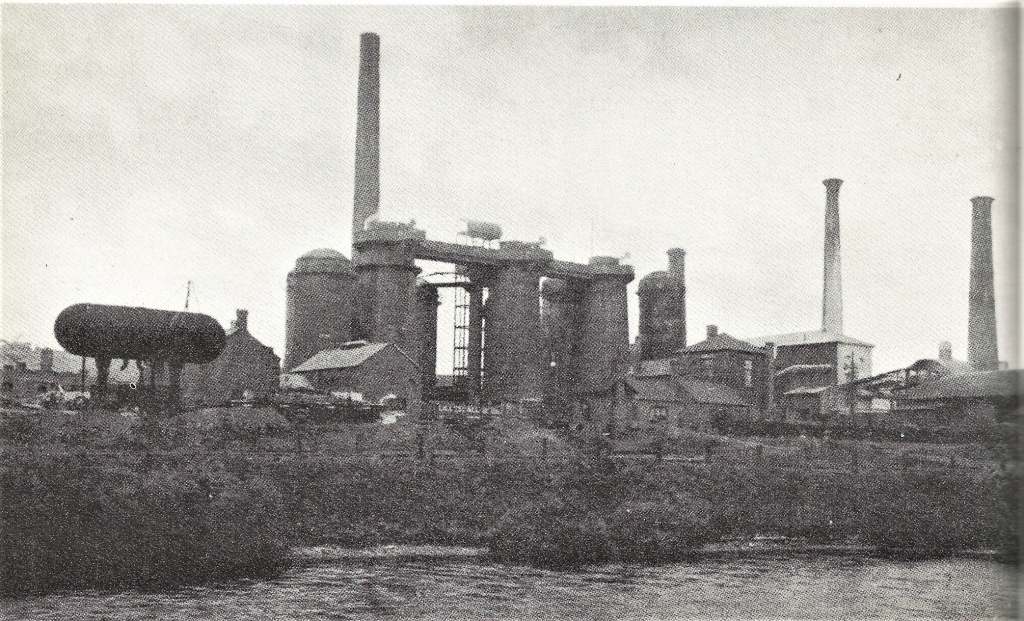 In the early hours of 9 November 1896, an explosion in Priorslee No 1 furnace resulted in both the inner and outer walls of the furnace being ruptured bringing down 100 tons of debris and the furnace contents of molten iron. There were no fatalities. The furnace was so badly damaged that a decision was taken to use a cannon to demolish it. The cannon was loaded with powder and scrap iron, and fired five times. On the fifth occasion, the cannon exploded and men loading the canon received severe injuries. A Mr Robert Ford suffered most, with his eyesight being destroyed and both hands mutilated. Sadly, Robert Ford died of shock the same evening. 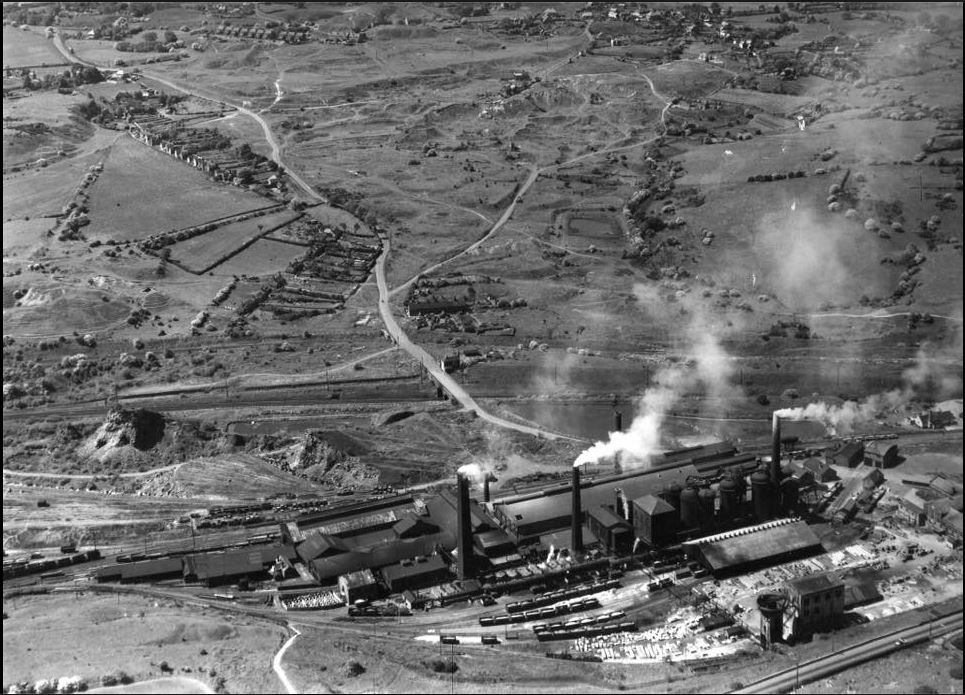 Iron is extracted from iron ore in a huge container called a “blast furnace” which can be used for smelting other products such as lead or copper. The blast furnace is a large steel structure that is lined with refractory firebricks that can withstand temperatures approaching 2000oC. The furnace gets its name from the method that is used to heat it.

In a blast furnace, coke, ores, and limestone are continuously supplied through the top of the furnace. Preheated air at about 1000oC is blasted into the furnace through nozzles near its base so that the chemical reactions take place throughout the furnace as the material falls downward. The end product is usually molten metal called pig iron. Liquid slag that floats on top of the molten iron is removed. The slag is collected after the denser iron has been run out of a tap hole near the bottom of the furnace.

Pig iron has a very high carbon content, along with silica and other constituents of dross, which makes it very brittle, and not useful directly as a material except for limited applications. The traditional shape of the moulds used for pig iron ingots was a branching structure formed in sand, with many individual ingots at right angles to a central channel or runner, resembling a litter of piglets being suckled by a sow. When the metal had cooled and hardened, the smaller ingots (the pigs) were simply broken from the runner (the sow), hence the name pig iron. In about 1880, Priorslee furnaces were producing about 230 tons of hot blast iron each week. 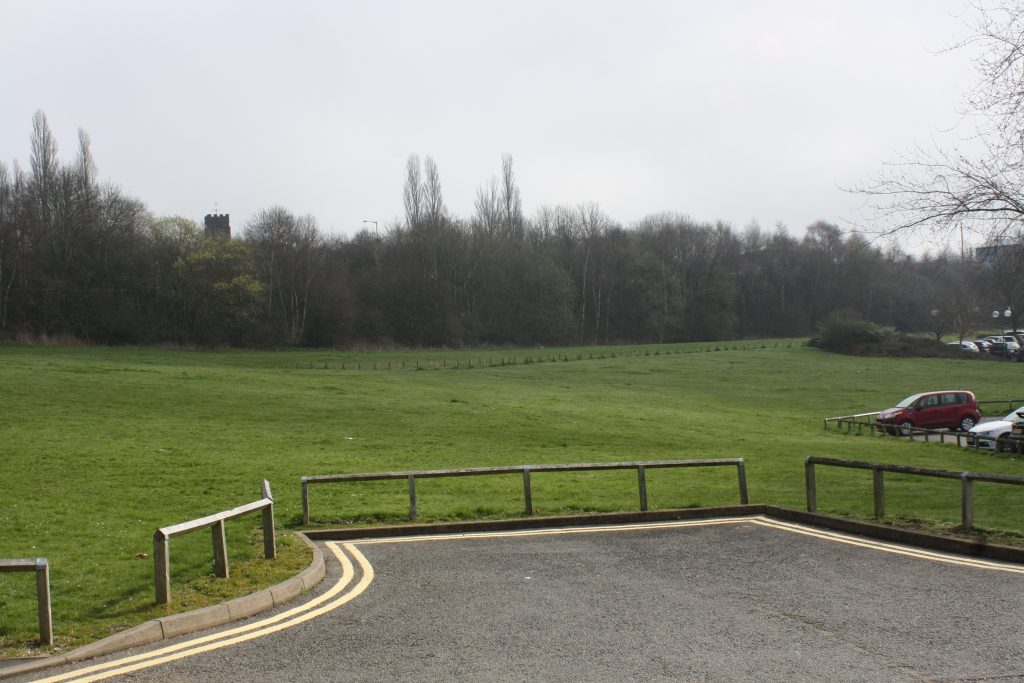 With the introduction of the Bessemer Converter in 1882, it became possible to produce a new kind of steel called mild steel and that year saw the construction of a steel works and rolling mills at Priorslee. The furnaces were now producing 700 tons of ingots per week.

Further developments were introduced in 1912 when the Lilleshall Company made a deal with a German company to erect a coal distillation and benzol plant at Priorslee to produce coke and other by-products. Sometimes referred to as an “asphalt” plant, they also produced tarmac from here. There was plenty of slag and tar available to make a good surface dressing for roads.

A second by-product development, at this time, was when the same German company agreed to build a crushing and screening plant for basic slag which made a valuable agricultural fertiliser. A feature of the Bessemer process is that it removes phosphorus from the iron when converting it to steel. The phosphorus was taken into the slag and, if the slag was crushed, it could then be spread onto fields.

In 1959, the only blast furnace still operating at Priorslee had reached the end of its lining life and, in addition, the furnace needed some structural repairs. For a time, it was kept in use by cooling the stack plates with water sprays, but it was clear that this could not continue. The plant was completely out of date. The furnace had last been modernised in 1900 when a new blowing engine had been installed and, in 1948, a second-hand steam turbo blower installed. To modernise the furnace effectively was impossible and so the decision was made to close the plant.

The sole remaining operative blast furnace of the four still standing at Priorslee was blown out in March 1959, so ending a long and honourable chapter in the history of both the Lilleshall Company and Shropshire, where the whole basis of modern ironmaking was invented and developed.

The furnaces were dismantled in 1970, but the large blowing engines, known as David & Sampson were saved and have been re-erected at the Blists Hill Victorian Town. Brass name plates on the steam cylinders name the engines as David & Sampson (sic) and there is a story in the blast furnace department which accounts for the misspelling of the latter name. It was said that a former driver gave the engines their names unofficially and asked the management to make some name plates for him. This did not happen and so he made his own and attached them to the engine where they remain today.

An article written by Jim Cooper, Ironbridge Gorge Museum Trust Research Volunteer in relation to the history of Lilleshall Company’s Priorslee Ironworks and images documented as the Lodge Furnaces, Donnington will be added here soon.