The Miner’s Walk and Medieval Site 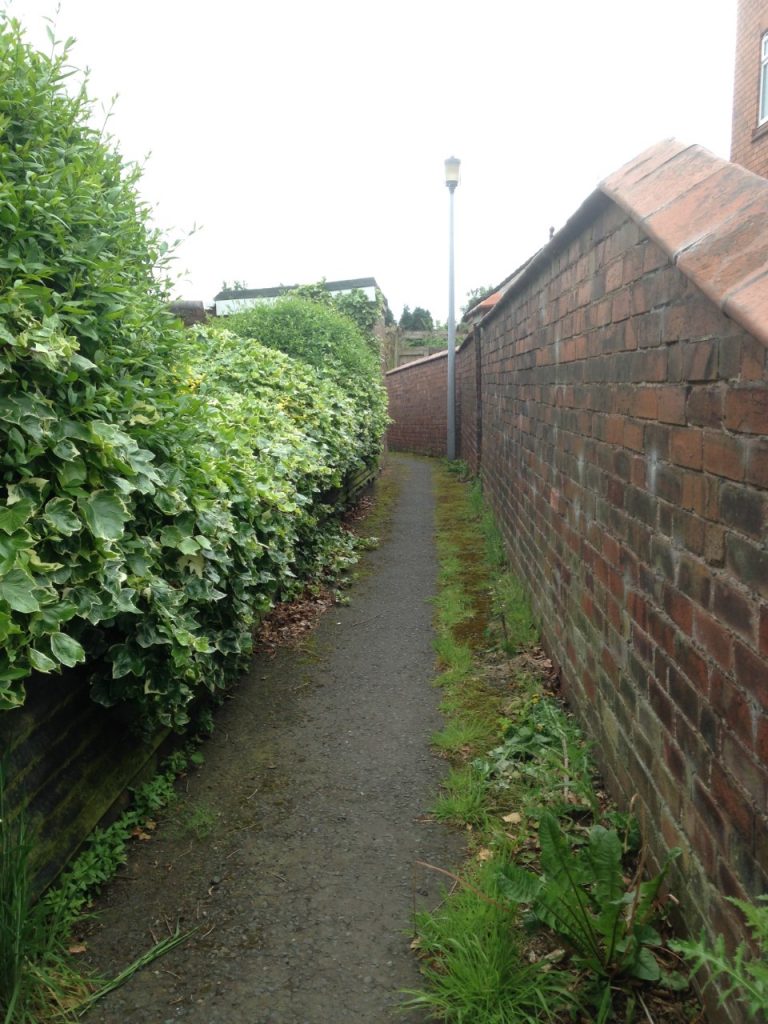 From St Georges, The Miner’s Walk is situated along a public lane opposite The St Georges Recreation Ground. Barely visible between houses either side the path leads to a sty and agricultural land owned by Greenways Farm. Local memories passed down from recent generations speak of the miners who walked the path to and from work.

Once laid with ash, cinder and other mining debris, it is the only place in the field that does not flood in poor weather. The pathway is also believed to have once been a mineral line tramway. Mines to the south included Woodhouse, Dark Lane and Stafford and mines to the north included The Granville and Grange. On walking the path from the north Woodhouse Colliery would have been visible from the field.

Crossing the St Georges bypass, the path continues through a woodland and arrives at the Priorslee community and the site of Woodhouse Colliery.

The owners of Greenways Farm welcome walkers in their field and visitors to their farm. It is the last working farm in the area as agricultural land on the borders between Priorslee and St Georges is slowly being built up with new housing communities. The farm is also accessible from Ashley Road, St Georges and the St Georges bypass.

In 1991, Wrekin Historical Group researched the history and geography of the area and identified a time that the field was used by our medieval and possibly our Roman ancestors.

The Moat at the Greenways Farm

The site (Sites and Monuments Ref. SA 3120; Grid Ref. SJ 71151080) is a perched moat, rectangular in form, situated in a field corrugated by ridge and furrow. It is approximately 200m south-west of St Georges Church and lies between old Watling Street and the St Georges by-pass. The platform is 25m north to south and 12m east to west. The moat is between 3m and 3.5m wide and varies in depth from 0.16m to 1.1m. The northern arm of the moat and the north of the platform are obscured by the gardens of bungalows. The northern corner of the moat is crossed and filled by the ash path of what is believed to be a 19th century mineral tramway. The southern arm floods in wet weather, but the moat is usually dry.

The platform is level with the surrounding field but does rise slightly to the south-west. There is a trench running south-west from the south-west corner of the moat, and a slight bank on top of the outside edge of the southern arm of the moat. There is a significant hollow about 3m wide and 0.5m deep running south along the eastern arm of the moat and at a slight angle to it. It meets the moat about half way along the eastern arm where it is interrupted by the tramway. It runs to the field boundary with the St Georges by-pass. On the other side of the by-pass is a ditch running south on the same alignment, bordered by ancient hawthorns. This area is much obscured by a coppice of trees planted by the Telford Development Corporation. This ditch could be a hollow way to the site.

The ditch from the south-west corner of the moat runs on into the adjoining field where it joins a declivity running south-west. This could have been the original route of a stream which is now part of the drainage of Park Close, 50m to the west of the site.

What is this site? The most favoured theory is that it is a medieval moated farmhouse or hall. Mike Salter and David Wilson suggest that moated sites in Shropshire are on the whole small; less than one acre in the majority of cases. However, the smallest site Salter illustrates is twice the size of the platform on this site, which is only 300 sq m. The moat is small even allowing for deterioration and infill, being 3.5m wide as opposed to 4m suggested by Wilson. It is clearly not a defensive moat. Wilson suggests that moats could have been a protection against fire, especially in woodland areas. This area, known as Priorslee, was part of the Priory of Wombridge. Cartledge says that the Cartulary records this as being all woodland when it came into Priory hands. The rents in 1535 were collected on seven messuages. In 1537 at least, one was referred to as ‘land and cottage; rent £1.9.0’.

Another possibility is that it is a Roman site. It is positioned next to a Roman road, beneath the crest of a hill. It overlooks a fertile valley. There is water nearby, now piped down Park Close. There are unconfirmed reports of Roman coins being found in nearby gardens. A recent survey of known villa sites published in London Archaeologist gives the above as ideal criteria for a villa. It is, of course, only a mile from Uxacona (Red Hill).

Could it be industrial? It could be some form of compound associated with the tramway. This looks unlikely since it is at such an odd angle to it. The tramway appears to cut through rather than around the moat.

Last but not least, B.K. Roberts suggests that rectangular flat moats of this type are typical of 18th century watering and milking compounds for cattle.

The Telford Historical and Archaeological Society (now known as Wrekin Historical Group) have visited and surveyed the site for their records but have gone no further. Roman, Medieval, 18th or 19th century? It could be any of these. I must admit to favouring the cattle compound, although I would like it to be Roman. The only way to find out would be to excavate the site. To excavate a site from pure curiosity would be a sin. There need to be questions of far greater significance to be answered before we decide to dig.

If at all you feel copyright is infringed in any way, shape or form please let us know. We apologise in advance if this is the case and we will amend our write ups and/ or accredit you if permitted. Many thanks!